There are no coincidences. I’ve written before about how I no longer believe that everything in life is random and has no greater meaning.  The signs are all around me and are undeniable.  There exists, somewhere, a greater reality that has a vested interest in the goings on here.  I don’t know what, or who, it is – but there is something out there nudging us towards the encounters we are meant to have in our lives.  Its as though each person’s life is a thread spun from the spinning-wheel of existence, woven together into this tapestry we call life.  It would seem that some threads are short and vibrant, whereas others are long.  Regardless of their size, shape or placement, each string has its intended place.

That’s as it should be. – Mary Poppins

Each thread serves its own role in the embroidery of the tapestry yet, because it cannot see beyond its own perspective, those individual threads are incapable of seeing their place in the grand design.  This is how I view life now.  Each person who comes into my life is a fiber that is a part of the needlework of existence.  Each strand, regardless of length or size, has a place in building the bigger picture.  While I cannot see the grand design, I now find comfort – and satisfaction in knowing we are a part of something bigger than all of us.  Every thread is where it is exactly where it is supposed to be – even though from our point of view they may look out of place.

Never judge things by their appearance… even carpetbags. I’m sure I never do. – Mary Poppins

Back in February of 2012 Sam and I were in a bind.  Our Au Pair we had was going back to Austria and we needed someone to watch Rees and Lorilei during the day.  We reached out to the agency that provided our first Au Pair and they did not have many matches for us that we were thrilled with.  Things looked bleak, until one day, while sitting at my computer at work, I just happened to search their site and the profile of a young lady named Melina appeared.  She seemed to be exactly what we were looking for; from a German speaking nation and qualified to care for infants.  I immediately called Samantha to tell her and when I got back to the computer her profile was gone.  Had I not been so desperate I most likely would have just moved on, but our situation was so precarious I felt I just had to see about her availability.  I immediately called the agency and they told me they removed her profile because they felt she was not a fit for us.  Begging their pardon, I respectfully disagreed and after some cajoling they relented and gave me her contact info.

In my call with the agency I found out that Melina was already in the US with another family and she was looking for a re-match.  Things weren’t working out for her in the family she was with and she needed a change.  I called her host family immediately and found that they had nothing but nice things to say about her, but felt she just was not a match for them.  Feeling comfortable that it wasn’t an issue with her personally, I decided to give Melina a call and see if she wanted to be our Au Pair…

“We can talk in German if you prefer or feel more comfortable”, were among the first words I uttered to her in our initial conversation.  Her response, in impeccable english, was that she was fine with english.  Fine?  The girl spoke better english than I did.  I was already impressed.  During the course of our conversation it grew abundantly clear that this young lady was a great match for us.  When I told her that we were not looking for a “Nanny”, rather we wanted someone to be a part of our family – she was sold.  Before I knew it, arrangements were made and Melina was on her way.

Winds in the east, mist coming in. / Like somethin’ is brewin’ and bout to begin. / Can’t put me finger on what lies in store, / But I fear what’s to happen all happened before. – Bert

The moment Melina walked through our front door she became an instant part of our family.  In a matter of hours it was almost as if she had always been a part of our family.  She talked with the girls and did crafts with them and played with Rees.  She made him giggle those unmistakable belly laughs that every parent remembers their children making (and wish we could bottle up forever!).  She matched my sarcasm with her wit, and her personality meshed perfectly with Sam’s kind demeanor.  Melina was exactly what my family needed… the missing part of the puzzle that made us whole.

On any given day I would find her dressing up with the girls.  Playing “peek a boo” with Rees.  Helping Sam with the laundry.  Watching American action/comic book movies with me.  You name it, she was a part of it.  Melina was the person that Rees most often woke up to every weekday morning.  Her smiling face was the first thing he saw most days.  He spent more of his waking hours with Melina than really any other person outside of Samantha and I.  I know a big part of his sweet disposition was due in part to the glowing heart and soul she shared with him.  Melina was exactly what we hoped for, and exactly what we needed… 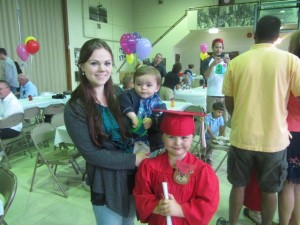 I recall we grew closer to the inevitable moment where Melina would have to return to Germany I kept trying to slow time down. Much like the movie after which this blog is themed, we just did not want to see the magical person in our lives leave. Melina was a friend/adoptive daughter to Sam and I, an older sister to Lorilei and Abby, and a second Mom to Rees. Whatever role she needed to fill, she did. She completed our family and we just didn’t want to think about the inevitable. 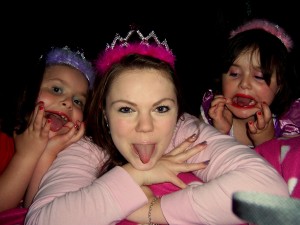 Melina was set to leave during the first week of October, 2012. Before she left, we went on a trip to Disney World that will forever be etched in my mind as the best vacation I have taken. For one week my whole family had the chance to just enjoy the happiest place on Earth. When I think back to happier times, it is this trip that fills the canvas of my mind. The pictures we have from that trip will forever remind me of the last vacation in which my family was whole. I will forever treasure those memories of happier days. They will always be standard by which I measure my happiness going forward. 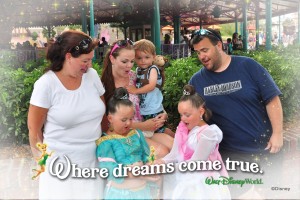 After that trip time seemed to fly and the inevitable came and we had to say “Goodbye” to Melina.  It was one of the hardest moments of my life.  I will never forget standing in the driveway as the car that picked her up pulled out with all of us waving, and crying.  Though I wish I had known that moment would be the last time she saw Richie, I find solace in knowing she had the chance to say “goodbye” to Rees in a way I never did.  She did it on her terms, with him waving back – hopeful for another meeting that would never come to pass.  That moment was hard enough to live through, but the passage of time coupled with the knowledge of latter events makes that moment even sadder to me in retrospect.

The worst text I ever wrote, and hopefully ever will, is the one I sent to Melina from the Emergency room of St, Charles Hospital on October 27th, 2012.  I don’t remember exactly what I wrote, but I do recall feeling awful that I could not speak to her.  To this day the image I have in my mind of Melina hearing the news brings me to tears.  I hate that she shares our pain.  I wish I could take the pain away from her… no one should feel this loss, especially someone so young and who volunteered to be part of our family.  Yet, as with everything that has seemed to come to pass in the last 22 months, there was more to Melina’s story with our family… 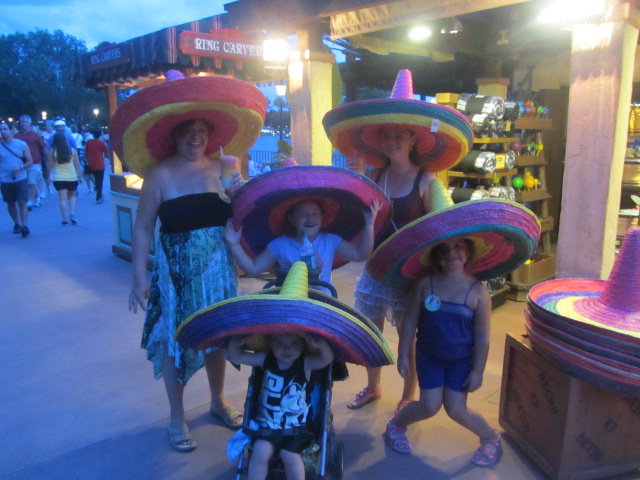 Melina surprised us in February of last year with a visit that not only lifted our spirits, but started the very thing you are most likely here reading my blog for:  ReesSpecht Life.  In that visit, Melina designed the first of our “Pay it forward” cards and helped us get them printed.  She designed all the t-shirts and items that went into our first online store.  Melina planted the first seeds of kindness that have since grown into this movement that now counts its Rees’ pieces in the 70 thousands…  Melina is the thread that stitched everything together in order to weave the fabric of what we have become.  Just like her fictional counterpart, she came in on the East wind to land in our hearts and change us forever.  Happy 23rd Birthday, Melina.  You are, and always will be, a part of our family.  Rees’ life was made better because you were a part of it.   Losing Rees was the most bitter of pills to swallow, thankfully we have our own Mary Poppins who was able to give us that spoonful of sugar…

8 thoughts on “A Spoonful of sugar…”