Posts in Our boy 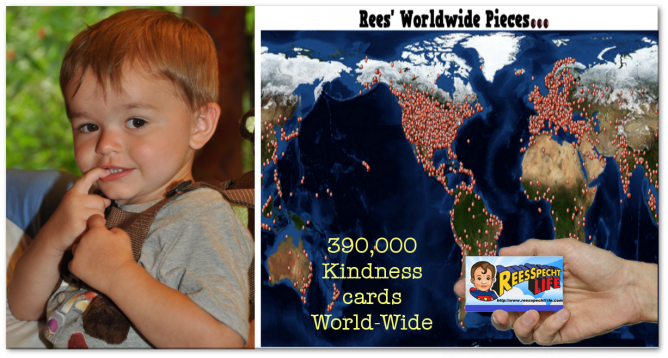 The time we tried to change the world with kindness…

Tomorrow, October 27th, 2016 will mark four years since we lost our little boy to a drowning in our backyard pond.  That figure seems incalculably large when contrasted against how long each day, hour, minute and second felt right after my son died.  Back then, time seemed to possess a cruel irony: Every second after he left us feeling like an eternity, while the 22 months he was here passing instantaneously.

Four years later and I have found that time has yet again managed to impart another cruelty upon me: It feels as though we lost him both yesterday and a lifetime ago. How can it be that time has both moved faster than I can perceive while simultaneously seeming to stand still?  My memories of him seem to have faded commensurate to time’s passage, yet my love for him remains as … Read More

Kindness is the difference maker: So why aren’t we making more of a difference?

What was the worst day of your life? If you are like most, you likely responded with a date in which a close loved one was lost.  In my experience most adults have lost more than one close person to them, so they usually lay claim to multiple days – not wanting to diminish the impact of one loss in comparison to another.  For parents who have lost a child that struggle to choose one day does not exist… There is only one day that can lay claim to the title of “worst day ever”.

My worst day ever came on October 27th, 2012; the day I lost my 22 month old son, Richard Edwin-Ehmer (Rees) Specht.  One of the truth’s of aging is that the longer we live, the more loss we must endure.  In my forty years of life I have lost too many people that I considered … Read More 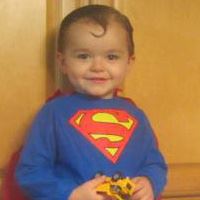 The following poem was written by a former student of mine.  I read this and was lost in its beauty and I just had to share it.  What a beautiful tribute to my little boy, and what we are trying to do.  I challenge you to read this without tearing up…

It was not the thunder echoing through the rooms,
Nor the lightning flashing across the clouds,
That shook me to the bone.

It was not the chilling air,
Nor the pictures of destruction of the television,
That brought tears to my eyes.

It was the fact that I would never hold him in my arms again,
That caused my bones to shake.

It was the thought of never again seeing his beautiful face,
That brought tears to my eyes.

His beautiful blue eyes,
Like the water that stole him away from me,
Shining,
Glistening,
Sparkling,
Would never … Read More

Today was a really rough day for me personally, and I was just not feeling the Halloween Spirit. Normally, I go all out for Halloween.  One of the many perks of being a Middle School Teacher is that I get to dress up for Halloween and act out like the big kid that I am.  Over the years my costumes have ranged from as simple as Fred Flinstone (whom I share more than a passing resemblance to) to my most complex one:  a full, home made, Optimus Prime Costume. Keeping with tradition,  this year I was supposed to be Captain America, and the girls purchased a Captain America shield for me to complete my costume.

As the day progressed I just never really got into the Halloween spirit, and as time to head out Trick or Treating … Read More

Preparing for the storm…

October 25th, 2012, 2 days before the moment that would change my life forever, is a date that I remember for only one thing:  It was the day which forecasters confirmed that Long Island, NY would be struck by Hurricane Sandy.  I recall constantly checking various weather sites to confirm other’s predictions – and the ominous feeling that multiplied with each identical forecast.  It was unanimous,  Sandy was on its way and it was going to be BIG.  A so called “Super Storm” was on its way and preparations were in order.

The news reports were filled with the usual precautionary warnings of stocking up on essentials and preparing for the worst.  Lines at the grocery store were burgeoning by the hour, as anxious islanders attempted to heed the advice of our news anchors.  Normally, I would most likely have joined the throngs of people preparing for the worst, but … Read More