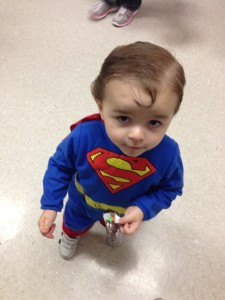 22 months represents his entire life.  Beginning to end.  Everything he was, everything I know about him – I feel about him, is derived from a lifetime that spanned 2 months shy … Read More

The first few weeks of grief after losing a child are a mixture of rage, sadness, helplessness and fear: An unstable concoction that can react and explode at any given moment.  As someone who can now count himself among the unfortunate fraternity of those who lost a child I am sometimes asked by people to reach out to others who have recently suffered the same loss.  The almost universal inquiry that follows is if I can say something , anything, that will help them or guide them along their path.  Sadly, it is in those early days that words will have little or no effect.  I cannot describe the hysteria that is felt in the immediate aftermath other than to say it is a wheel of emotions in perpetual flux.  You … Read More