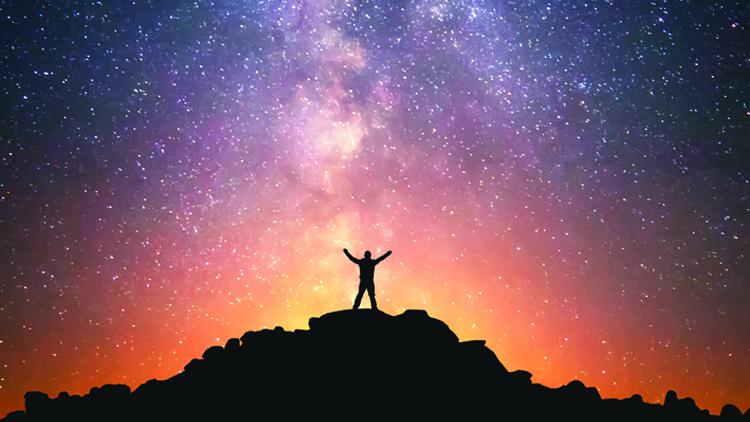 How does one turn inspiration into action?  This is the problem I have been wrestling with for quite some time, and frankly I am still at a loss as to how to do it.  I have recently found myself overwhelmed with the feeling that our movement, although inspirational, is not making a real change.  I find myself growing increasingly frustrated by the number of people I hear complain about the state of the world around them.  I see posts all the time about the way things used to be, and how we are going in the wrong direction, blah, blah, blah.  I can’t help but wonder if those same people are posting these things while they are busy trying to keep up with the Kardashians…

These days my facebook news feed is nothing more than a constant reminder that we focus on things that simply do not matter.  When I am not being bombarded with memes about the latest indignation/insult supplied by _____________, (please feel free to fill in the blank with any of the following: President Obama, Donald Trump, Hillary Clinton, Bernie Sanders, et. all) I’m seeing thumb warriors saving captive Gorillas, feeding hungry children, and changing the world one “like” at a time.  It’s as if social media has become a communal wishing well that instead of seeing discarded coins at the bottom, we see snippets of our hopes and dreams left for others to see, yet, like those coins, left behind and forgotten.

When I look at the bottom of a fountain littered with coins I do not see the hopes and dreams of others.  I see waste.  I see the manifestation of the ironic truth about our wishes:  They have no inherent value to others so we attach them to something that does and then we simply leave them behind.  Forgotten.  Abandoned.  Left to someone else who will come along one day and scoop them all up and exchange them for something of “real” value.  Simply wishing for something to happen is the ultimate exercise in futility.  Left to themselves, wishes accomplish nothing.  Ever.

With all due respect to Walt Disney, more often than not, a wish really isn’t a “dream your heart makes” – it’s a lie your brain tells yourself to make you feel better about something you really don’t believe is going to happen.  I wish I was a Major League Baseball player.  I can’t hit a t-ball.  I wish I was an astronaut.  I hate flying.  I wish I wasn’t stuck in the house that my little boy died in.  I can’t afford to leave.  I wish my little boy were here today.  I can’t change the past.  I wish the world was a better place…   I wish, I wish, I wish.  Wishing to change the past is impossible.  Wishing for things in the future?  I don’t get the point.  Why wish for something to happen when you can actively work towards making it happen?  Wishes make good song lyrics and sound good in stories, but when you really break it down they aren’t worth the coin we toss into the fountain.

Now that I have crushed your perception on wishes, should you stop wishing?  Absolutely not.  But you just said that wishes are worthless!  Yep.  They are.  Think of something that I think everyone would agree is worth something: A million dollars.  Imagine having that money right now.  Imagine what you could do with that million dollars; buy a dream home, pay off your debt, send your kids to college (well maybe).  That million dollars has a tremendous value to most of us, but not all of us.  “Bring me my money so I can hold it one last time before dying!” – Those words were spoken by no person ever.  When our time is at and end we have no use for money at all.  What do people who are dying ask for – almost universally?  Their family.  They want one last embrace, or one last “I love you”.  “Worth” is a relative term.  Something’s worth is relative to what it means to the individual at any given time and can change at a moment’s notice.

Wishes if left unfulfilled, are always worthless.  What is it that fulfills our wishes then?  A genie?  God?  Nope.  The only thing that can fulfill your wishes is your actions. Wishes are the inspiration for our dreams, but without action to fuel them our dreams will always be left unfulfilled. So yes, I do think that wishes are a good thing – so long as they serve as a jumping off point for our dreams.  Sadly I find that, more often than not, wishes become a dead end instead of a destination.

Samantha and I started our movement in Rees’ honor with one goal in mind: Make this world a better place.  I never said I wished to make the world a better place in Rees’ name because it wasn’t a wish – it was a mission. We set out to make it happen.  Lately I have found myself struggling with this goal.  It is amazing that 360,000 kindness cards have made their way to every continent on earth – but even if those cards represent just one kind act (I know they potentially represent many, many more but I’ll defer to the actual number of cards out there…) that number represents a statistically insignificant number of people.  When I look at those numbers and then realize that Kim Kardashian can get millions of people to go out and buy a blouse by simply taking a picture of herself wearing it I get discouraged.  We have worked so hard to spread the seeds of kindness that when I compare the relative ease by which others can do things (that really don’t matter) to what we are doing I get an overwhelming sense of hopelessness.

I wish more people followed us and hung on to every word we write.  I wish I could take a picture of myself handing out a pay it forward card and get millions of people to go out and do something kind.  I wish I had an impact like that.  I wish, I wish I wish.  Wishing isn’t going to make that happen.  Ever.  Just yesterday I let those numbers get me down and I found myself clinging to those wishes.  I got lost in them and felt their weight crushing me and dreams.  And then someone told me that I made a difference to them.  One person.  That one person’s life was changed by our mission and now sees the world in a different light.  It was then that I realized that by changing their world, I accomplished what I had been wishing for all along.

We may never see a following that we can count in the millions.  We may never make a real, tangible change to the world.  Would I like to be able to say we did?  Sure.  Do I wish that we can accomplish that?  Yes.  The thing about that wish is that it is entirely dependent on the actions of others.  We have no control over that.  I can only do what I have been doing – actively working to make the world a better place, one kind act at a time.  I wish more people would join me – but that’s out of my hands.  We will keep doing what we are doing, and leave the wish fulfillment up to you and all the rest of Rees’ pieces.  Stop wishing for a better world and start making it one.  Kindness is the difference maker; so let’s go out and make a difference and turn “I wish” into “I did”.  When we do that we will make this world a better place, one Rees’ piece at a time… 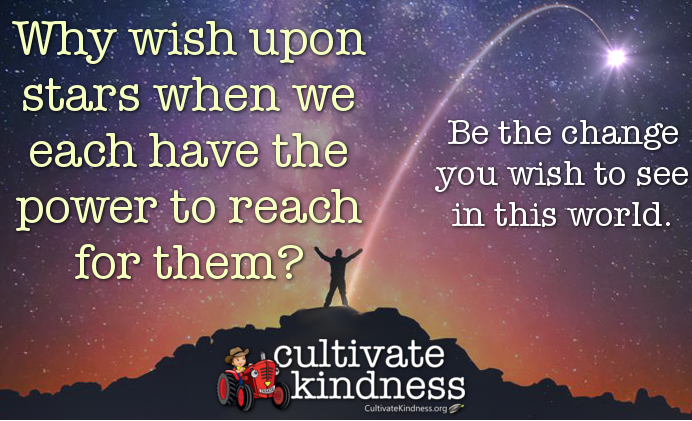